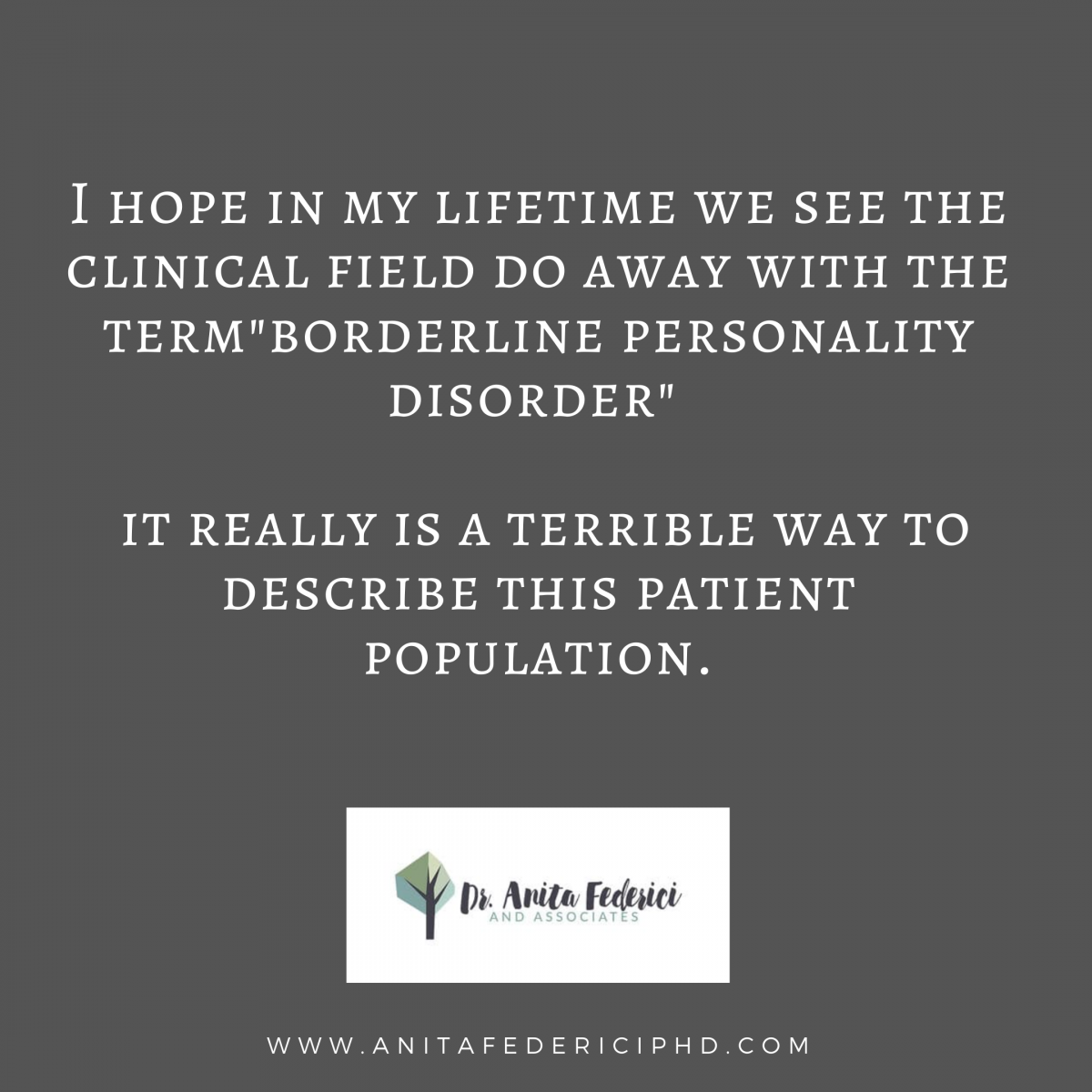 Despite the leaps and bounds the field has made, in large part due to the life work of people like Marsha Linehan, I am still disappointed (and concerned) by the prevalent judgement and emotion dysregulation that persists among healthcare practitioners when they hear the term borderline personality disorder (BPD). Eyes roll, sighs suddenly become more audible, and the way in which clinicians describe symptoms shifts to something much more critical and  assumptive.
“She is so manipulative” they say or “oh god, she is dramatic; if she wanted to get better, she would”.  I use the pronoun “she” because the disorder is still disproportionately diagnosed in women, despite conflicting research findings.
Over the past decade, I have provide more than 100 clinical trainings, workshops, and invited talks on working with complex clinical populations. I have had the privilege of working closely with many hospitals in Canada and the United States to evaluate and develop DBT-informed programming and to train and support the implementation of such programming. I have worked with outstanding teams of researchers and clinicians doing incredible work with patients suffering with emotion regulation deficits. I continue, however, to witness judgement and a struggle for clinicians to work effectively with those who carry a BPD diagnosis.
I have done chart reviews where the term “borderline” is written in large bold ink across a patient’s file and highlighted in yellow, complete with a series of exclamation marks. I have read things online or posted by other practitioners in newsletters in which the term borderline is used in a pejorative fashion to describe any person who is “difficult to treat”, emotionally dysregulated, impulsive, or who struggles interpersonally. I have sat with teams in which a member will refer to a patient with the single word “borderline” and watched the ripple effect of that term on the entire room. It colours everyone’s opinion, it darkens the trajectory, and within its usage lies all the years of stigma, misunderstanding, and invalidation.
Borderline personality disorder is perhaps one of the most misunderstood illnesses of our time. The term “borderline personality” was coined in 1938 by psychiatry in an effort to describe patients who didn’t fit neatly into the psychotic or neurotic categories that defined mental health more than half a century ago. Perhaps the term “borderline” was used to capture “conceptual confusion” as the NICE Clinical Guidelines out of the UK proposes. Either way, it was applied during a time when researchers did not understand the nature of what they were observing or how best to describe it. Those struggling with BPD exhibit deficits in the ability to regulate emotion and impulse control, factors that research is showing is strongly tied to biology and then reinforced by environment through pervasive invalidation. With core deficits in the ability to identify, express, and regulate emotion, individuals with this illness suffer from identity disturbance, attachment difficulties, chronic feelings of suicide, self-injurious behaviour, and rapidly shifting emotions.
The term “borderline” is outdated and does not reflect the field’s current understanding of the illness. I recognize that, regardless of the diagnostic name, more work needs to be done to facilitate a non-judgmental, dialectical, and compassionate view among healthcare practitioners treating complex clinical populations. We can start by doing away with a term that promotes confusion and perpetuates stigma.
I invite all of us who work in the field to notice our judgments about patients and to pay attention to the story we tell ourselves when we encounter behaviours that we don’t understand or that push our limits. I invite you to practice a non-judgmental and compassionate stance that is grounded in behaviourism and dialectical philosophy. It will transform your work. It will transform your patients.
borderline personality disorderDBTmental illnessstigma
Clients Cannot Fail TherapyHow Dieting Perpetuates Binge Eating

Coping with a Pandemic: Radical Acceptance